Jocelynne and Dalton’s wedding day was one for the books! They faced a stormy day with the utmost positivity. They were one of those couples, right from their first booking – that as a photographer, you just LOVE working with. They were easy-going and went where the day took them! What wonderful memories were created.

Here is the story of how Dalton proposed in Jocelynne’s words:

“Dalton’s proposal is something I will never forget! He had told me since we started talking about marriage and engagement that he had the perfect proposal planned and boy was he right!
We had planned a weekend away to Niagara Falls after a rough few months. On the way I asked if we could stop at the Easter Seals camp in London. This place is more than special to me, my brother who had passed away attended this camp and anytime I wanted to feel close to him we would make a drive to London to go to his favourite spot, a tree house located at camp. The day he proposed was no different I asked if we could stop (which apparently he hoped I would). It was pouring but I wouldn’t miss the chance to stop. We got out at camp walked to the tree house and just stood there as we always did. Next thing I knew Dalton was grabbing my hand turning me around and down on one knee. He had it planned for a couple of years that since he didn’t get to ask my brothers permission he would propose where I felt closest to him. It was such an emotional but meaningful day, it was truly a day I will never forget!”

Thank you Jocelynne and Dalton, for choosing B. Reilly Photography to capture your wedding day!

Dress: Once Upon a Time Weddings 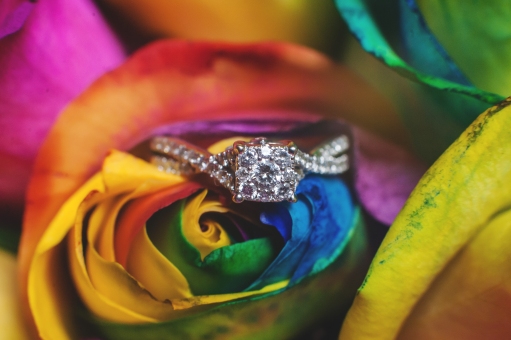 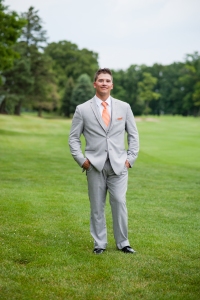 All the best in your new adventures, Mr. and Mrs. Cooper!